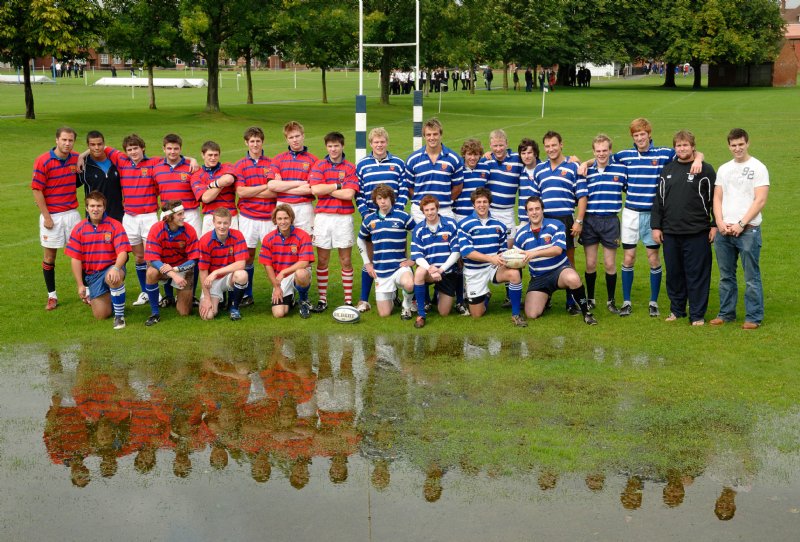 It was Saturday 6th September, the date of the annual OW rugby match and, for some of those warming up, it was the first time they had undertaken sport since the summer examinations.

But the rest proved ample preparation. As Will Greenwood wrote before the Heroes' game,"slowly, things began to make more sense" and we "began to feel more at home".

The Barbarian lineup had varied ages, club socks and fitness levels and provided some entertaining rugby on what was a typical rugby day. But, the conditions never dampened the spirits, and some bright passages of play saw the older old boys defeat the new old boys, with rugby even the hardest New Zealander may have smiled at. The day’s greatest battle though was between the opposing Wombwell-Povey brothers, an enjoyable subtext to an event which managed to spark many conversations about a school which still generates such happy memories.