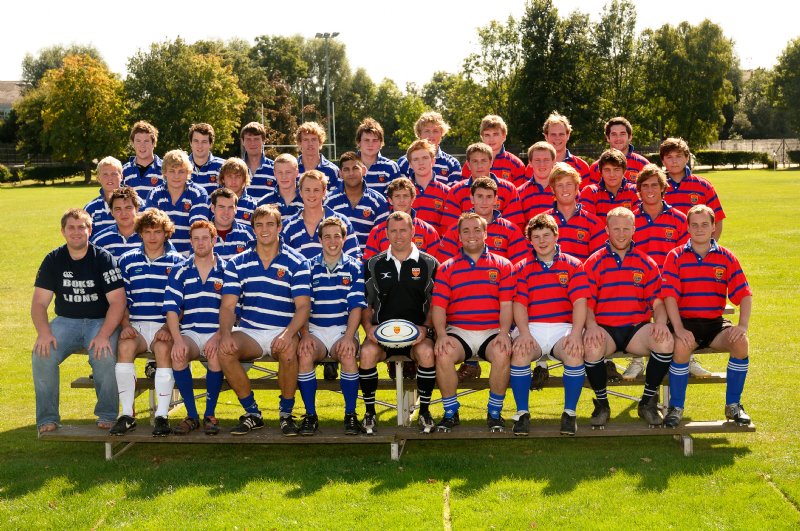 A glorious day on the 12th September created a fantastic setting for the rejuvenated OWs rugby match.

The game, which took place during the early afternoon of the opening 1st XV game of the season, saw nearly forty Old Boys from the last five years play with and against each other in a truly breathtaking curtain raiser.

For many of the young men it was a chance to roll back the years and dust the cobwebs off; this mouth-watering prospect clearly being a big enough carrot for the large crowd which turned out to watch. The standard of the rugby was (surprisingly) very good which lead to a usually animated refereeing performance from Mark Nasey being somewhat subdued. His measured banter still, of course, managed to make itself heard.

Click here to view a few more images from the 2009 match.