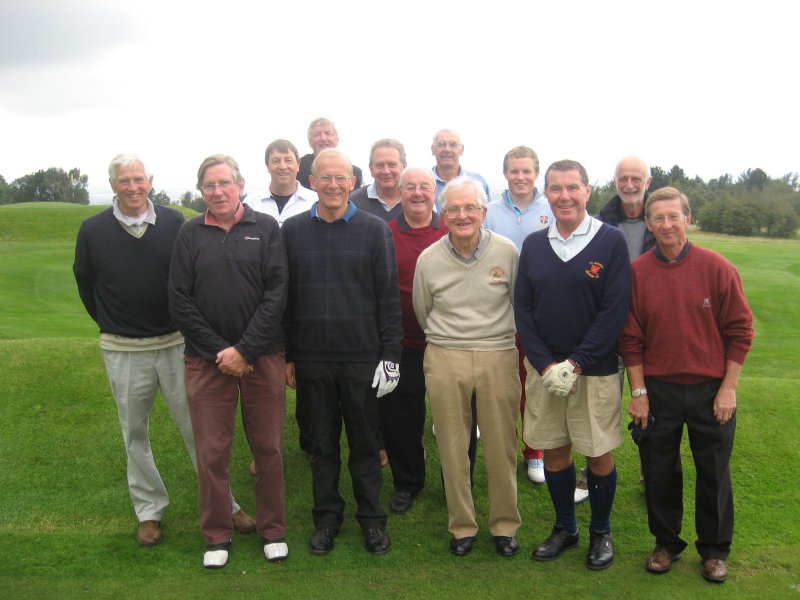 The damp, cloudy conditions at the Broadway meet did not deter our band of merry golfers, with 10 OW’s stalwarts setting out in the morning and 3 more ‘semi-professionals’ in the afternoon.

Sadly, some of the regulars were missing from this year’s line up, but whilst they were enjoying a well deserved holiday, some new friends were welcomed to the OW Golfing Society, namely Tim Shenton-Taylor and John Sheffiled.

With 10 golfers arriving in plenty of time for the bacon rolls to be well digested, the pairings set off to compete for the OW Tankards. A 2-ball followed by two 4-balls, saw the usual high standard of foursome golf. Sporting a large smile and receiving 2 new golf balls were, David Phillips & James Cumberland on 39 pts who were the eventual winners and runners up on 34pts were Tim Shenton-Taylor & Tim Harry. Congratulations to all on playing some wonderful golf. For the afternoon’s competition, the Team were joined by the captain as well as Alan Alderman, Peter Gedge and newcomer John Sheffield.

The putting was fast and difficult and the usual format of an individual stableford played off 7/8 handicap seemed sadly not enough for some.

Retaining his title, James Cumberland was the winner with 37pts with Tim Harry second on 34pts, third Chris Kaye on 30pts.

A combination of individual points made in both individual rounds at Tadmarton and Broadway Golf Days saw the winner being Peter Gedge with 56pts, he was thrilled to receive his trophy from our Captain Alan Alderman! Coming in second was Richard Simmons on 55pts and third Tim Harry on 53pts.

The next meeting is Tadmarton Heath Golf Club on Tuesday 14th May 2013.