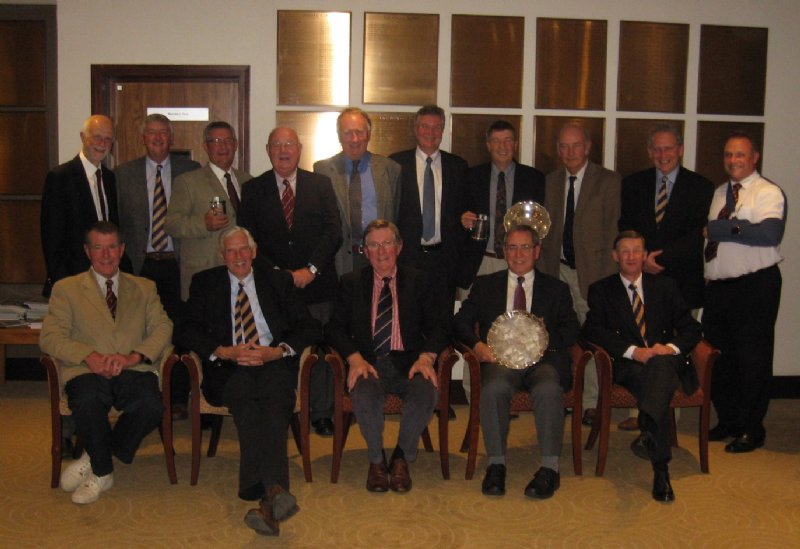 With 10 golfers arriving in plenty of time for pre-tournament coffee, the pairings set off to compete for the OW Tankards. A 2-ball followed by two 4-balls, saw the usual high standard of Edinburgh foursomes golf over the changed format of 9 holes only.
Winners: John Pipitone and Tim Shenton-Taylor on 24 pts (9 holes!).
Runners up: Andy Dunnell and Malcolm Lines on 20 pts.

Golfer of the Year 2013
A combination of individual points made in both individual rounds at the spring and autumn golf days.

Winner: Tim Shenton-Taylor on 54 pts.
Second:  Tim Harry on 54 pts.
Third: Andy Dunnell on 54 pts.
All players separated on their back nines.

Sadly, Alan Alderman resigned his captaincy through ill health this year. We wish him well and congratulate Peter Baird who has stepped into the Captain’s shoes.