In 2022 a new 7s Club has been a great success with OWs loving playing together again in the blue and white. A playing squad of about thirty OWs has welcomed lots of support from parents, friends and fellow OWs.

Five tournaments were played over the summer and OWs were delighted to win the Open competition at the Summer Social in Richmond. The Chester 7s was a great opportunity to compete with some of the top, fully established teams in the country. The squad were deeply saddened by news of the death of Dr Bill Gill and wanted to show their appreciation for him and support for the British Heart Foundation by commissioning new vests and T-shirts to wear as their official warm up tops. 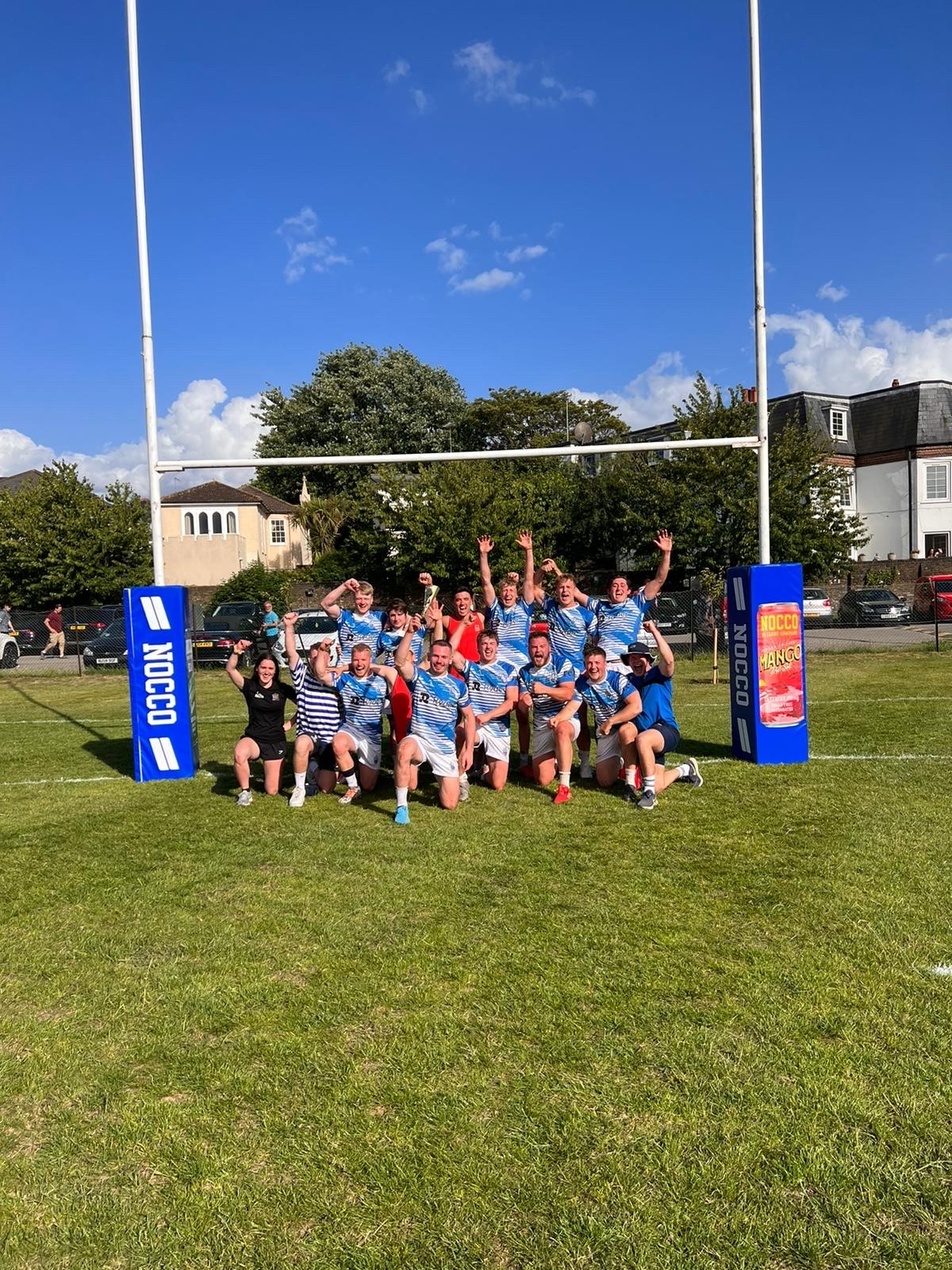