With thanks to Norman Hyde, OWs met on 6 July 2014 at Leamington Court Club to mark the School’s anniversary.

A number of real tennis matches were played over the course of the day in this unique and special venue.

The highlight was the top singles:
Charles Harcourt beat Tom Lewis 6-5, 6-3. Harcourt went 4-0 down whilst assessing his opponent, then attacked with great length shots particularly to Lewis' back-hand. The classical floor game triumphed. 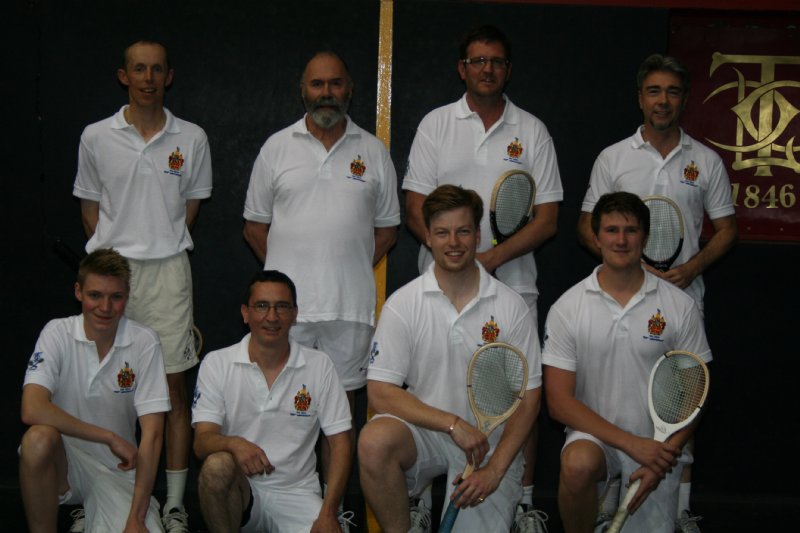