Viscount Montgomery of Alamein (1887–1976) visited Warwick School twice.  It is presumed that P. N. G. Whitlam was instrumental in securing these high-profile visits. 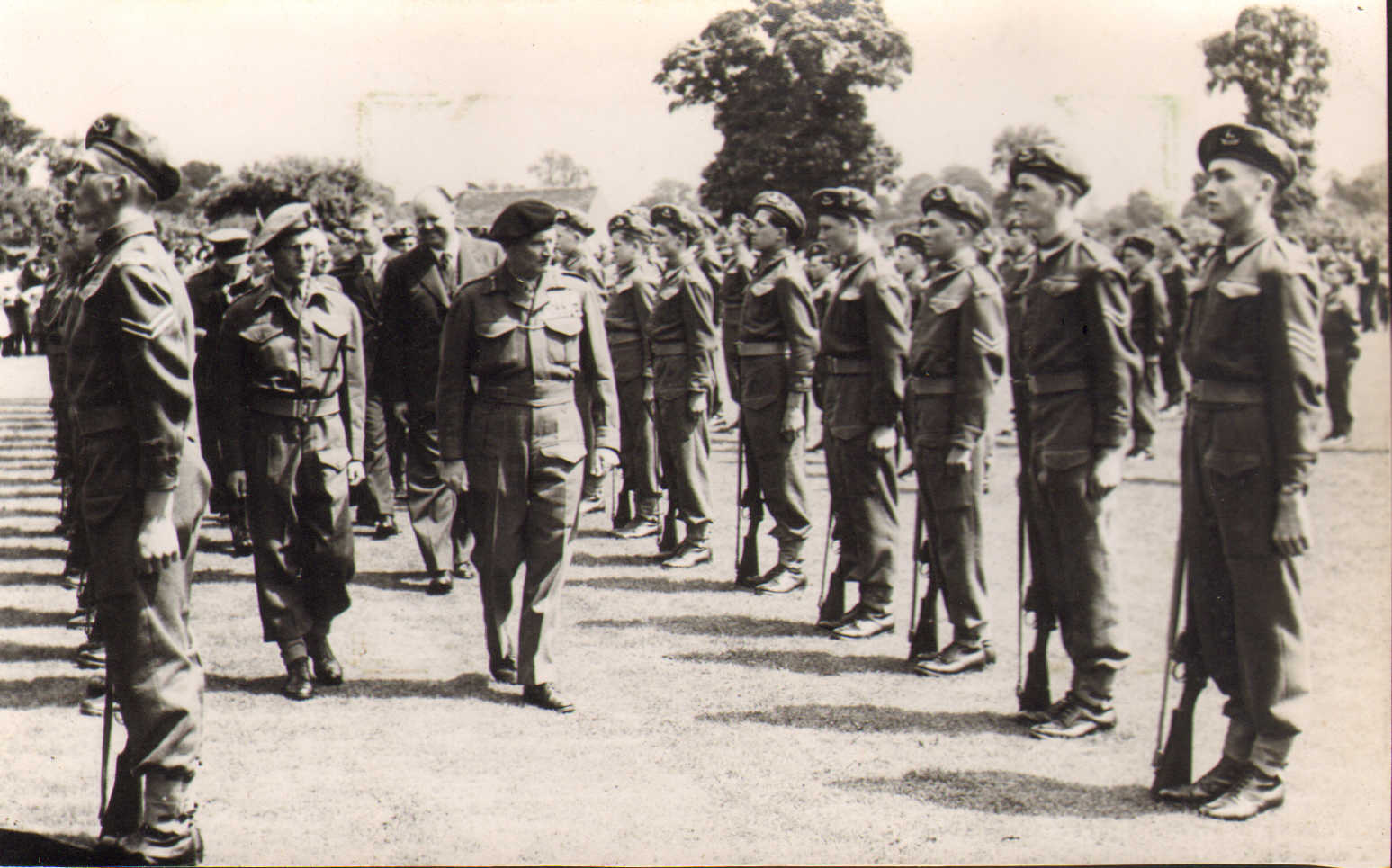 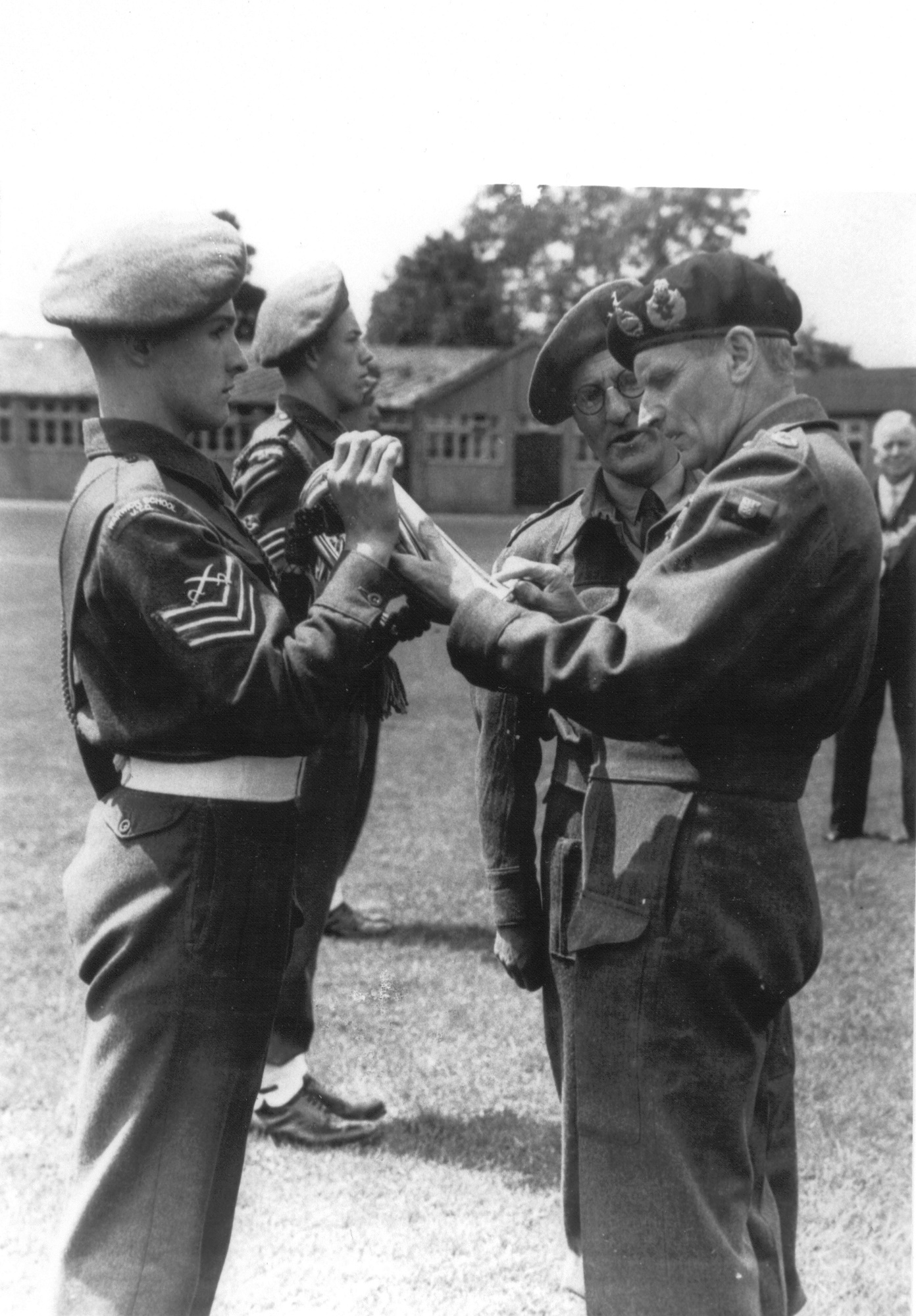 The first visit came in 1947, on the third anniversary of D-Day (June 6th), when the man who was Chief of Imperial General Staff reviewed the Junior Training Corps (it was re-branded as the CCF in 1948) and presented the prizes at Speech Day.  On both visits he offered to take each prize-winner’s book away and sign them – they were duly returned (by Rolls-Royce) and we have one such book on display in the Portcullis Room.  He asked for, and was granted, a whole day’s holiday for the school, which was taken on July 23rd (the summer term ended on Monday 28th July 1947).  In addition, he signed the skin of the Corp’s bass drum, which, needless to say, was cut out, framed and hung in the Corp’s HQ for many years – but seems now to have been mislaid.

Monty’s second visit came seven years later, on 9th June 1955.  The Memorial Endowment Fund had been started in 1945 “to mark the sacrifice of those who fell in two world wars.”  The Fund gave £15,000, about half of the total cost of the new gymnasium that was about to be built, and the rest was to be raised on appeal.  After inspecting the CCF, Viscount Montgomery was led to a patch on the school fields near the pavilion where what looked like the corner of a building had been constructed.  A short service was held by an assistant bishop in the Diocese of Coventry, and Monty laid the foundation stone of the new Memorial Gymnasium.  The fact that the contract had not yet been assigned for the construction of the building does not seem to have deterred the headmaster, A. H. B. Bishop, from arranging this ceremony, and, needless to say, the brickwork was dismantled shortly afterwards.  Construction actually started much later in 1955.  The foundation stone was, needless to say, incorporated properly into the entrance of the new building. 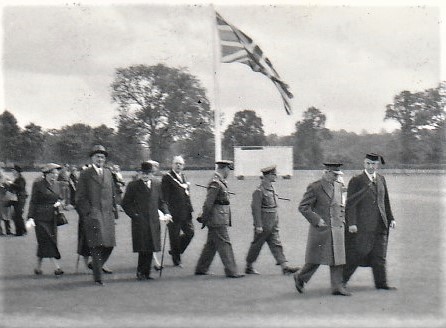 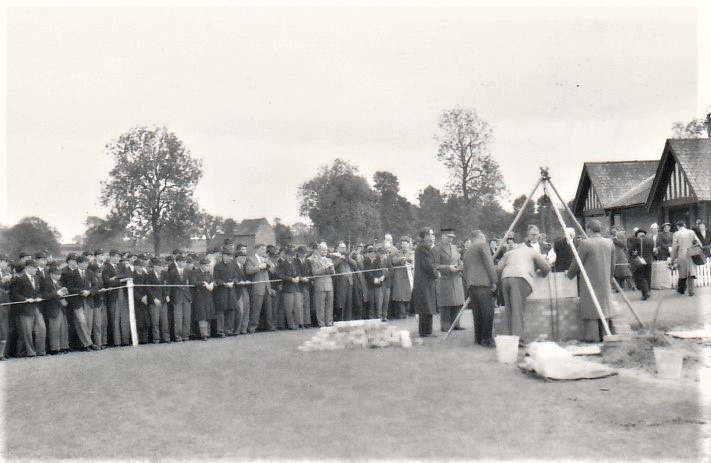 ​​The story does not end there.  At some later date, a disaffected pupil (or pupils) vandalised the stone, and altered Monty’s “K. G.” after his name to “K. G. B.”  The stone was repaired, of course, but there is now a noticeable dip in the flat surface.  When the new Pavilion was built in 2012, the stone was removed and is now in safe archive storage.