Warwick School’s World War I memorial was dedicated on Armistice Day, 11 November, 1925. The memorial is in two parts – firstly the gallery and vestry (with the names of the 90 OWs and masters who gave their lives in the war), and secondly, the west window.

The west window was the gift of Headmaster H S Pyne and his wife, in memory of their son, OW Eric Wilfred Pyne, who was killed in the war in 1917 when his boat was torpedoed off the coast of Italy.

Francis Howard Spear (1902 – 79) became an important designer of stained glass windows, and the west window of Warwick School chapel is his first major work. It is, in fact, his Associateship Diploma piece from the Royal School of Art in Kensington, designed when he was an unknown 22-year-old.

The school is immensely fortunate to have been gifted Spear’s original water-colour designs by Spear’s son Simon.

The designs will be hung in the staircase leading up to the balcony.

School Archivist Gervald Frykman gave an illustrated talk on the windows in Chapel in January 2016. Spear’s two sons, Simon and John, made the journey to hear the talk and were delighted to see their father’s earliest major work for the first time. 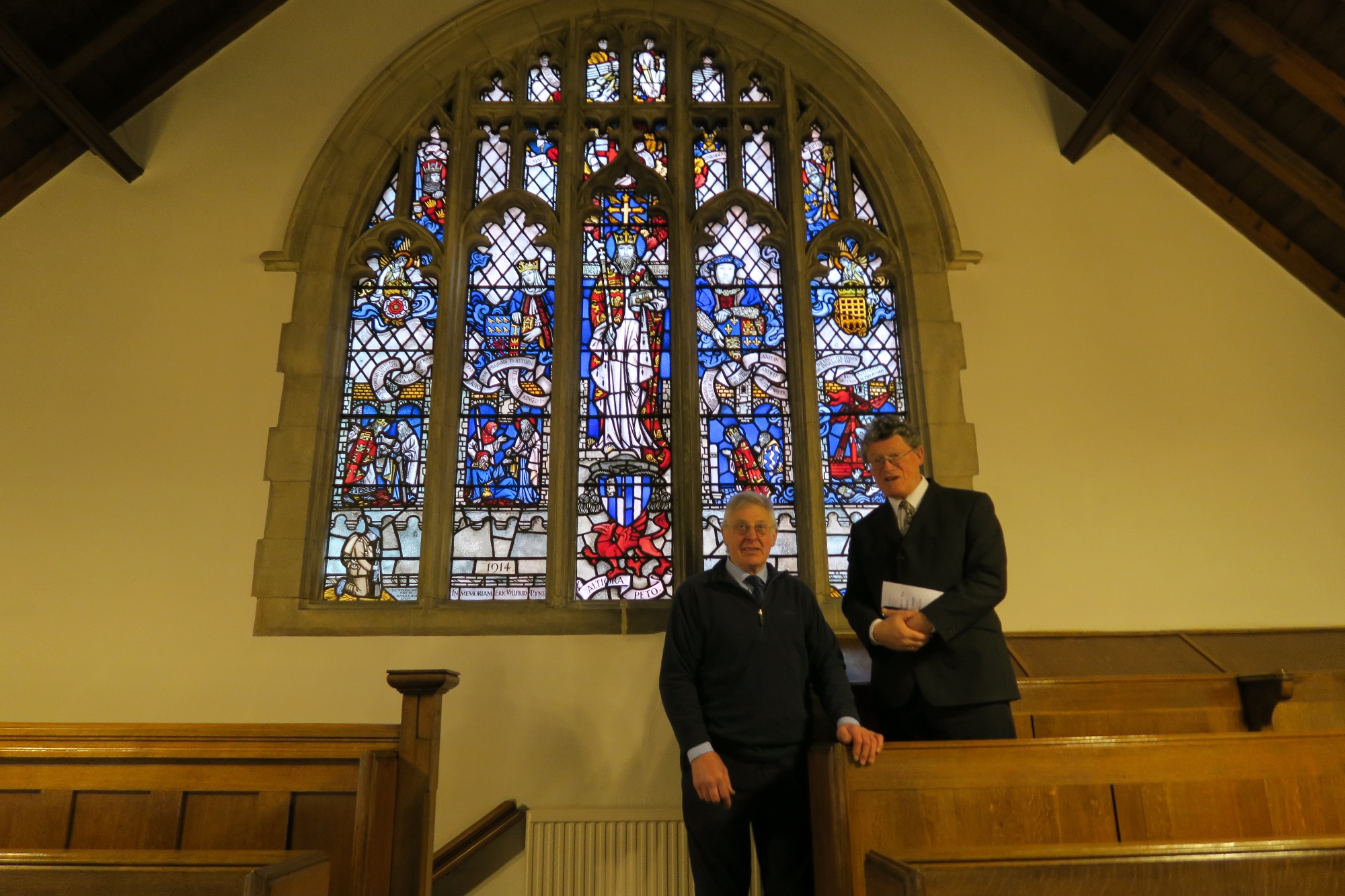