Warwick School and its bells 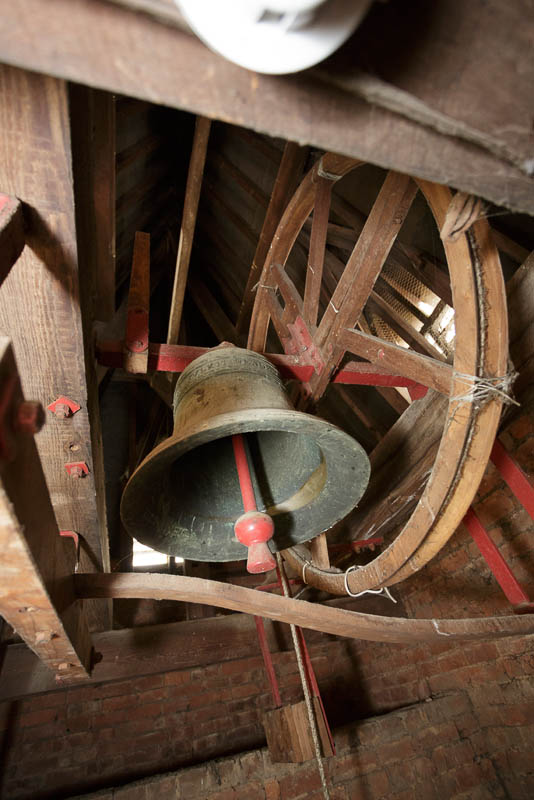 Warwick School is a very ancient foundation, and dates from before the Norman Conquest of 1066. Patchy records (and repeated, destructive fires) have ensured that we know very little of its early history, its name, or even where its premises were.

Matters have improved, since the re-foundation of the school by King Henry VIII as The King’s New School of Warwick in 1545, and since 1879 the school has occupied a large site just south of the River Avon in Warwick. Called simply The King’s School for the next 300 years or so, the name was unofficially changed to Warwick School at the end of the 19th century. This situation was formalised after economic and political disasters caused the school to be closed down in the summer of 1906, and it re-opened in September of that year with a new headmaster, new staff and largely new pupils – and a new, science-based curriculum.

For most of its history, the school would have consisted of but one schoolmaster and about 50 (male) pupils. The educational diet was exclusively the Classics, and it required the extensive reforms of the late Victorian period to shake the school out of its centuries-old habits. Brand new buildings were provided at a cost of what now would be £2,000,000, and girls were also catered for at a sister school, King’s High School for Girls. Numbers have grown considerably since the re-start in 1906, and the school now has about 90 staff and 850 boys aged 11-18, together with a thriving Junior School next door.

The new buildings for the Grammar School were designed by John Cundall (1830–89), who was also responsible for a number of other local buildings, notably Leamington Town Hall. When the new Grammar School was built for the town of Warwick in 1879, it was offered a disused bell for its new bell tower. This bell had come from the old Eastgate Chapel, and had been donated by Fulke Weale in 1730. The original bell turret on the Eastgate is still there, as is the town clock, but at present it cannot be run due to the poor state of the woodwork. The 1730 bell is still used occasionally as a summoning bell for boarders, but was tolled much more frequently in the days when boys did not regularly wear watches.

Warwick School’s second old bell (which is, in fact, the oldest artefact at the school) is in a much more unusual place – on top of the cricket pavilion. In the wooden 1927 pavilion is a fine mechanical weight-driven turret clock, made by W F Evans and Sons of the Soho Clock Factory, Birmingham, and supplied by F A Chandler of Leamington, The clock probably dates from the First World War period, and was the gift of a wealthy parent who not only gave some silverware to the school chapel but also to St Mary’s church in Warwick. There are separate weights for the clock and the chiming mechanism, and the whole mechanism, in a glass-fronted cupboard, seems to be in excellent condition and it works well. It features a dead beat escapement and a mahogany pendulum rod with an iron bob. Rotating rods through the roof space drive the hands on the four dials. These dials have had to be faced with curved transparent screens, following vandalism.

According to the school magazine of July 1927, considerable difficulty was experienced in providing the 16ft drop necessary for the weights, and pipes sunk into the ground filled with water overnight. The solution was to sink 1ft diameter iron pipes, sealed at the base, 6ft into the ground. The tortuous route of the wires holding the weights, and the lack of forethought into the drop required, leads to the suspicion that the clock was not built for Warwick School, but may have either been second hand, or an abandoned order for a church clock. A contract is in place for Smith of Derby to visit once a year and service the clock. This visit takes place every April. 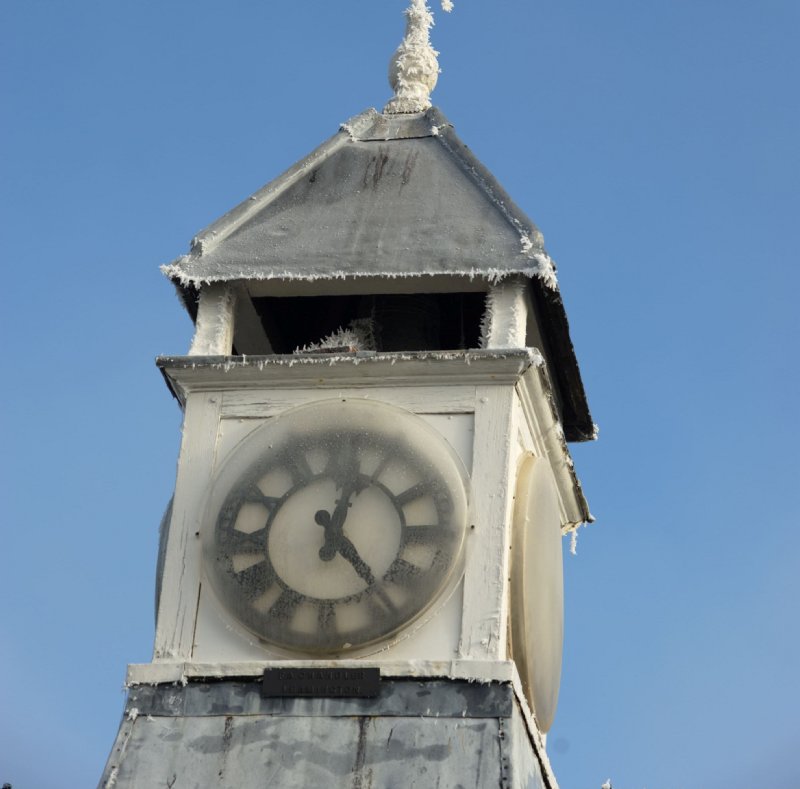 In a small open turret above the pavilion hangs a 1 cwt bell, upon which the clock strikes the hours and half hours.

Evidence from the school magazine and an 1895 letter to the headmaster of the time, Rev J P Way, suggests that this bell was of 17th century date, and was formerly Warwick Market bell, rung to signify the opening and closing of trading. Like at the Eastgate, this bell’s turret is still in existence, and the building is now Warwick Museum. The bell was offered to the school in 1895 via the trustees of King Henry VIII charity, but it would seem that the offer was not taken up for another 30 years or so.

Visual inspection confirms a date of 1693 for this bell, and a Latin inscription: “Ex dono Ed. Willes, discite justitiam.”