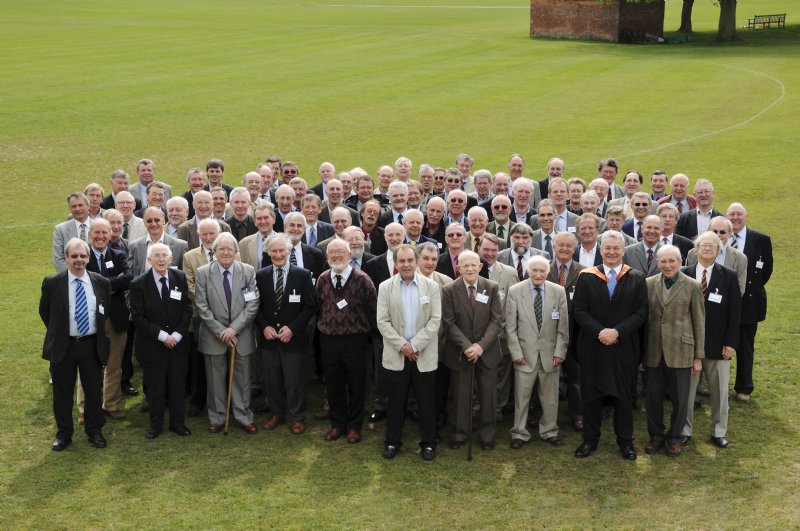 The Sixties Reunion on 3 May 2008 was a very special day and congratulations and thanks go to Nigel Robinson for all the work involved in organising the event.
Some 80 OWs from the 1960s, some with wives or partners, were joined by almost 20 former teachers and matrons and several current members of staff. Much of the day was spent renewing old friendships and making many new ones.
A Chapel Service, tours of the school, rifle shooting and a game of touch rugby were some of the highlights of the day. There was plenty of time to chat to old friends and watch school cricket matches. A film show of 1960s ciné, taken at the school during that decade, stirred memories, laughter and cries of “That’s me!”.
Organiser Nigel Robinson (WS 1955-1966) has received very positive feedback from the day. “It was an incredible day,” said Nigel. “Many of us hadn't seen one another for 40 years or more! One of the highlights for many of us who were in the Junior Boarding House in the 1950s was to see matron Ros Wilson (née Pulford) and two members of her staff Ray Hyde (née Watts) and Penny Tookey (née Sorenson). We were also delighted to see Jean Maitland (née Fyfield) and Margaret Keighley (née Tingle) who taught us in Forms 1 and 2. All in all it was just a wonderful experience for all of us.”
Click here to see a further selection of images from the day.