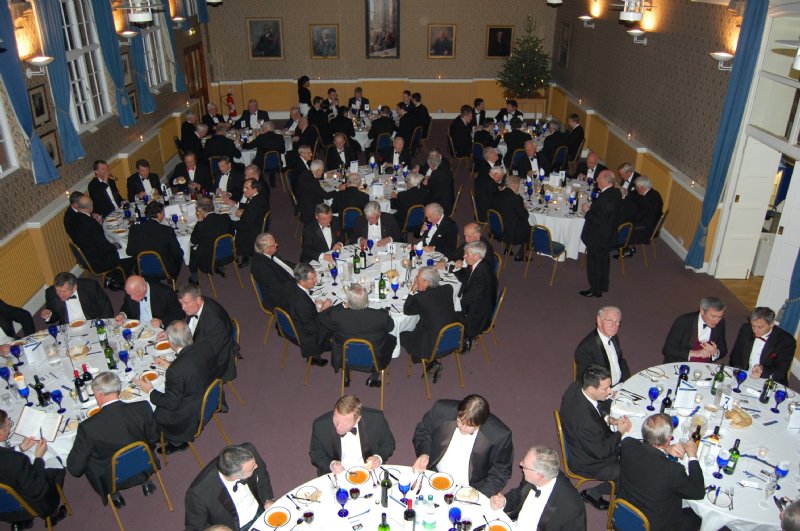 Over 85 OWs joined the Head Master and 2008 OWA President David Stevens at the annual OWA dinner on 6 December 2008.
Guest speaker was Charlie Samuda (WS 1999-2006) who had recently won a place on the English Speaking Union Capitol Hill Programme in Washington DC. This involved seven weeks interning with a Democratic Congresswoman followed by several weeks working on the Obama campaign.
The dinner was preceded by the AGM, where reports were received from the Chairman, Alumni Relations Officer, Treasurer and OW Properties Ltd. Members of the committee were re-elected for a further year. David Stevens was thanked for all his work as President in 2008. The Head Master was thanked for his continuing involvement and support. John Cavanagh QC became President of the OWA for 2009 and Jonathan Meredith was voted President-Elect.