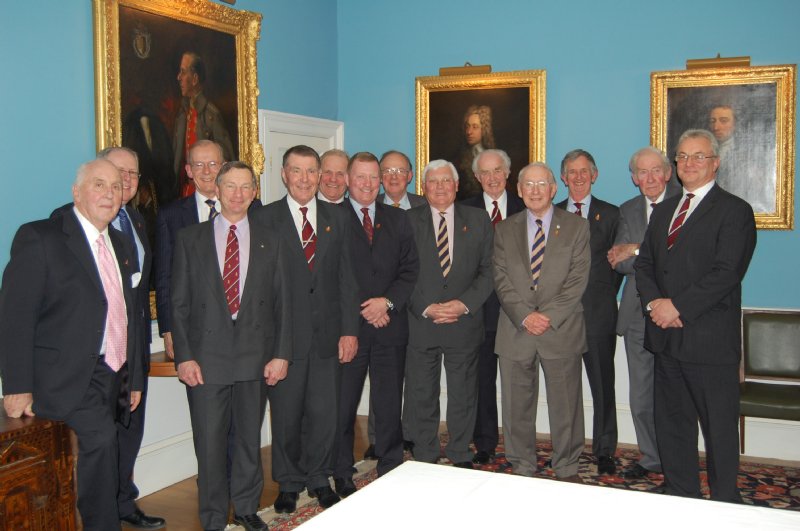 The Head Master and 2011 OWA President Clive Mather were joined by twelve Past Presidents of the OWA and guests for a special dinner at Oriel College, Oxford on 8 February.

In his toast to the school, Clive said he felt privileged to be among so many former presidents who had each brought their own unique style and character to the OWA and who were united in their support for the school and the Association. He gave particular thanks to Peter Bailey for organising the dinner and for arranging a special lapel badge for each president.