OW Memorial Dedication Service
Members of the whole school community gathered in Chapel on 14 October to dedicate a new War Memorial in honour of Old Warwickians who, since 1945, have lost their lives in the service of their country. 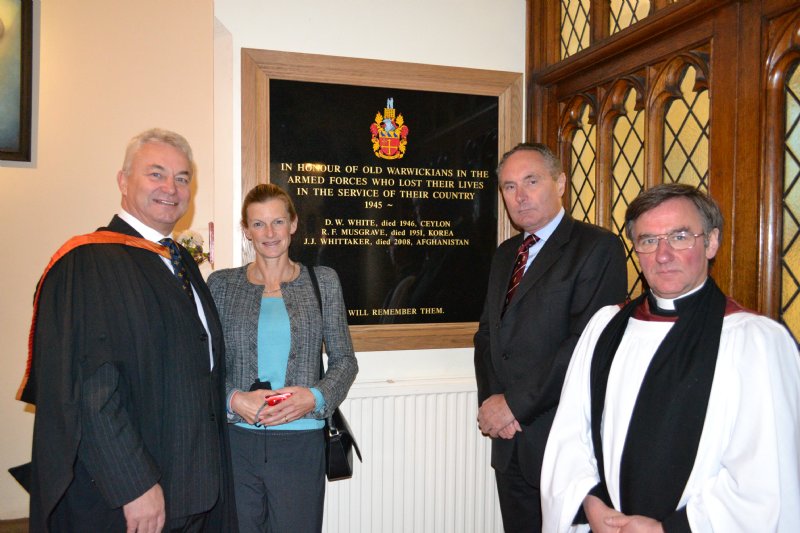 The chapel service was dedicated to the memory of:

Maj Gen Mike Huntley CB (WS 1962-69) spoke movingly about how the traditions and values of school and military life would have helped shape the character of the three OWs. He gave thanks for the sacrifices they made and remembered those who were left behind.